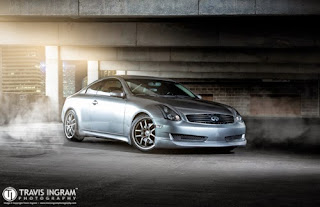 A few weeks ago I decided to take the G35 out for some "real" photos.  I've had the car for almost 2 years now, and I've never really had the chance to give it the true photoshoot experience.  I've done some minor mods to the car in that time, including painting the headlights and grill black, lowering it, wheel spacers and the Outcast Garage lip. It was time to give the G the pics it deserved. I spent the afternoon giving the car a good detail job, and then went downtown to my favorite parking garage for pics.  The results were my favorite shots of the car to date.

Check out the full gallery HERE!

Last weekend I had the privilege of joining fellow photographer Richard Liggett on a shoot of Scott Randall's Nissan GTR. The GTR has such an iconic reputation in the import scene that, as a car enthusiast, I could never turn down the opportunity to photography it. Scott's car is very clean, with a few unique touches, such as the blue Advan GT wheels, to make it even more special.

Richard had scouted a few areas before hand, and we met at the base of the Colorado National Monument for our first location. We were waiting for sunset to start the shoot, but weather was moving in fast, and we decided to get a few shots before the sun was swallowed up by some nasty looking clouds. After hanging out and taking a few pics, we ended up near the local carnival, which turned out to be a great backdrop for a few more pics. I'm pretty happy with a few of the shots.  It was a pleasure to meet both these guys and to share a shoot with the talented Mr. Liggett. You can click the link to see what I've edited so far, and I'm sure I'll be posting a few more this week once I get time to sort them. Keep an eye out for more!

Click here for the full GTR Gallery on my site 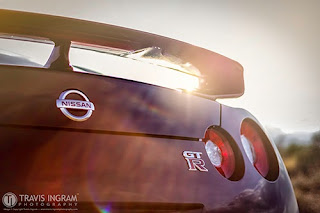 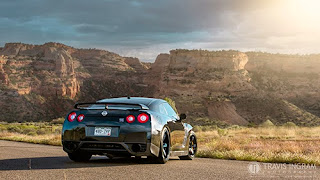 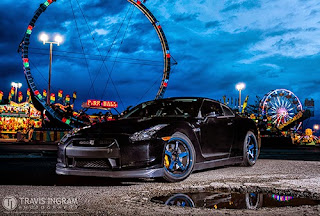 May the 4th be with you!

Just for fun, I wanted to join in on the May 4th, Star Wars shenanigans. I couldn't resist sticking Vader in one of my G35 shots from last weekend. Enjoy! 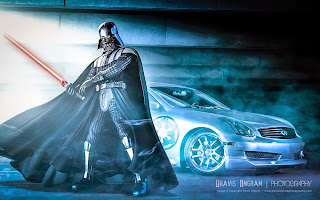 I love all things automotive, and I usually have a pretty busy summer photographing car shows and events. Next month I'll be taking photos at the 7th Annual Vintage Motorcycle show in Palisade, CO. I'm looking forward to the show, but since I don't get the chance to take motorcycle photos very often, I contacted my friend Rick to set up a motorcycle shoot. Rick Barnes is the organizer of the Vintage show, and a huge classic motorcycle enthusiast.  He's also a fellow photographer. We met at downtown Palisade at 10AM Saturday morning, just as the sleepy little town was coming to life. It was supposed to be a beautiful day, and we had a nice little spot picked out for photos. I usually avoid shooting in mid-day sun for obvious reasons, but I think we made it work. It was a fun shoot, with Rick Crosby and Colton agreeably moving bikes and patiently sitting around while Rick B. and I set about the task of photographing their motorcycles. Thanks to everyone who showed up and helped out!

Click here to see the full gallery of photos from the shoot! 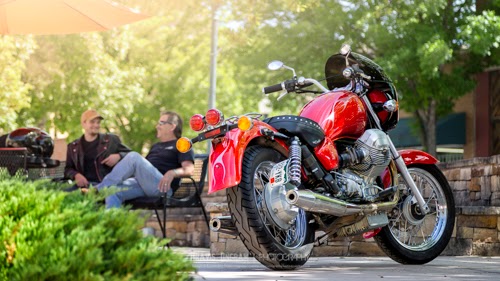 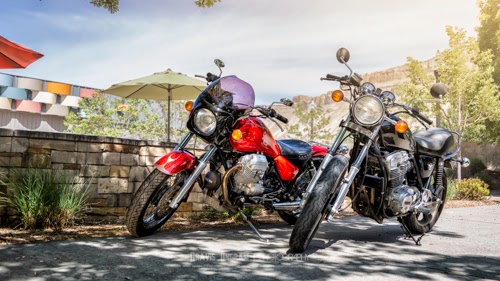 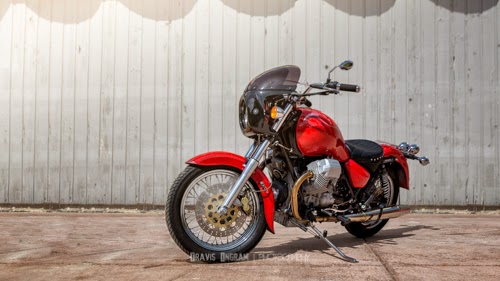 There is a special place in my heart for rat-rods and classic cars. On my way to work this morning I spotted this spectacular vintage GMC truck in the parking lot. I love the patina and presence of this thing, so I loitered for a bit and caught the owner as he walked out the door.  After some quick introductions, I think I persuaded Tyler, to let me take some better pictures one upcoming weekend! Hopefully you'll be seeing more of this truck soon! 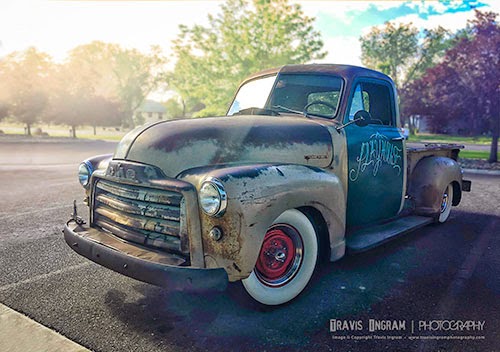